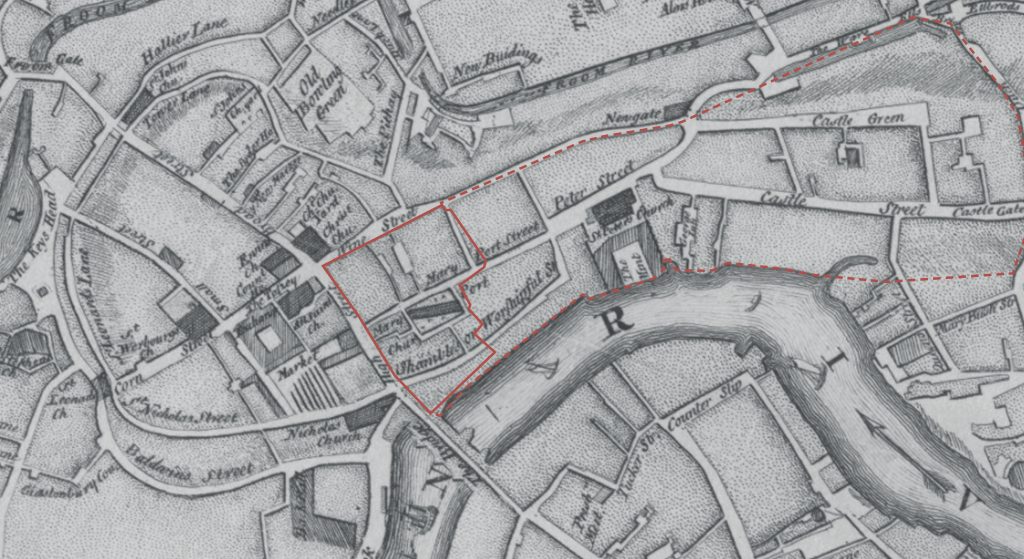 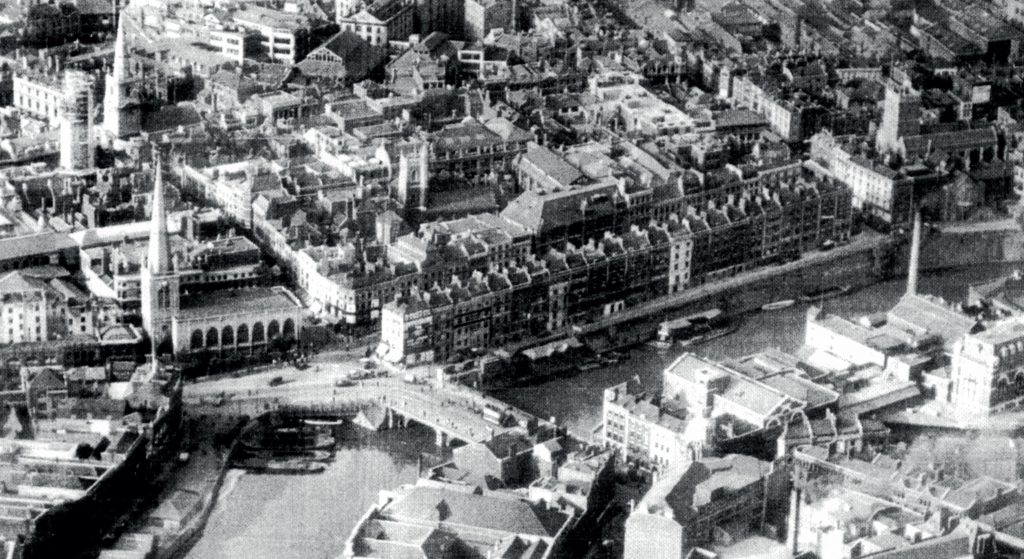 An aerial photograph of the area in the 1930s 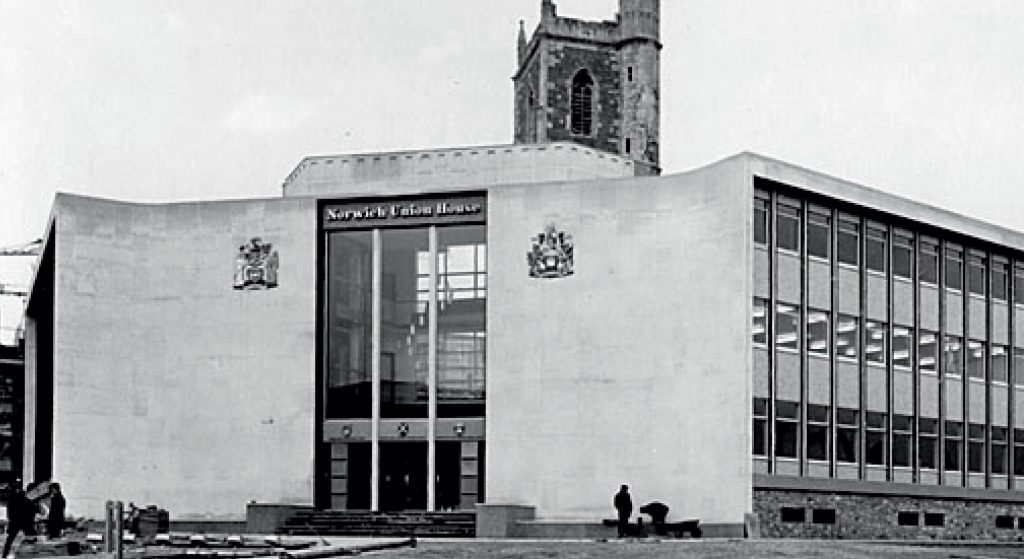 Norwich Union House building between 1960 – 1962 in part on the site of St Mary-le-Port Church (copyright, Aviva) 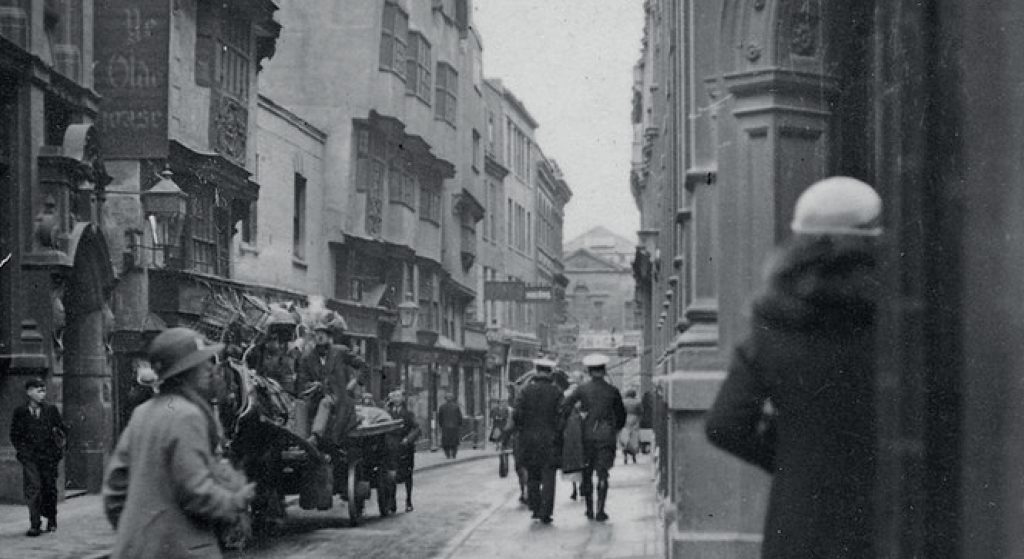 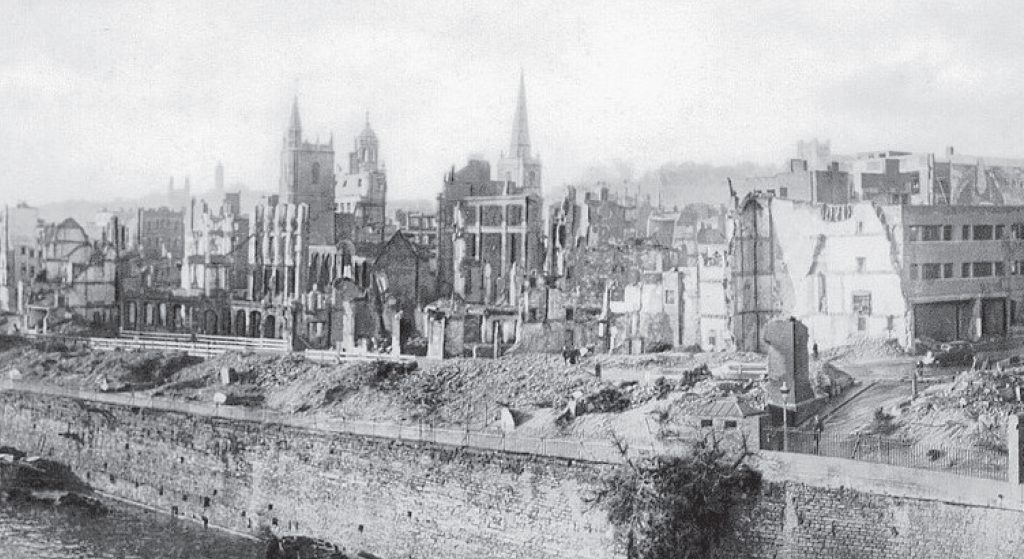 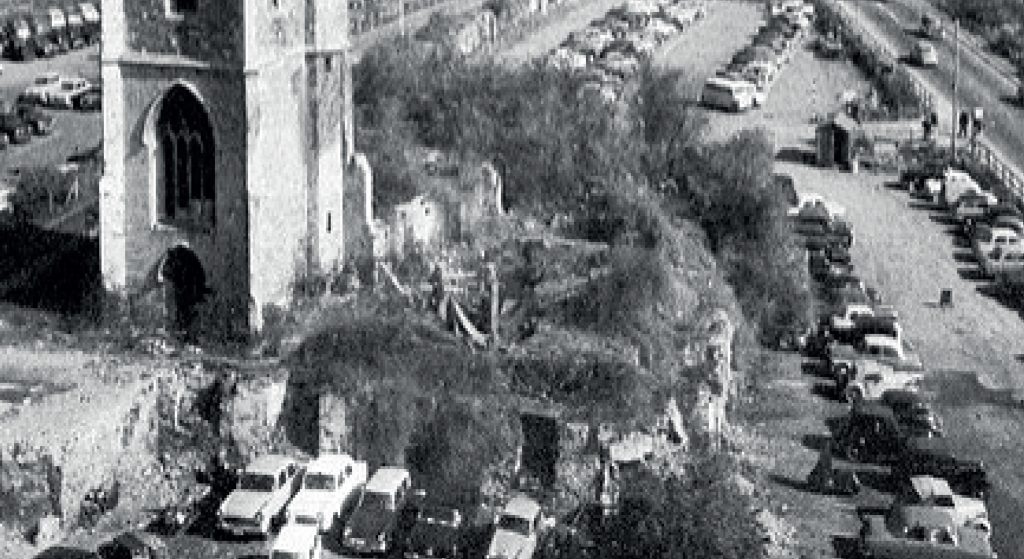 The site was used as a car park during the 1950s

Almost as old as Bristol itself, Mary le Port Street was an important thoroughfare of the City, linking the area around St Peter’s Church, in and around Wine Street, Corn Street, High Street and Broad Street.

It originated as a pre-Conquest hollow way (or sunken lane) and was filled in and paved in the 13th Century. The road was built up and developed around St Mary le Port Church and was a key part of the city centre for centuries, but on the night of 24 November 1940 was heavily bombed and almost completely destroyed.

Following the war, the site was used temporarily as a car park before being leased to the Bank of England and Norwich Union Insurance company for office buildings in the 1960s.

Now, these buildings have been derelict for many years. In 2018, Bristol City Council announced their intentions for the street to be reinstated, which MEPC are now bringing forward plans to do.